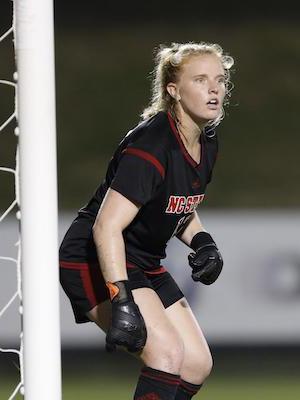 Sydney Wootten, originally from San Diego, California, has been coaching with Focus Goalkeeping since 2018 after an impressive career as a 4-year starting goalkeeper for the NC State Women’s Soccer Team.

As the backbone of the team & defense, Wootten played every single minute in goal throughout her 2018 season, the most on the team.  As a senior, she compiled a 117 goals-against average, allowing only 27 goals.  Her 104 saves and seven shutouts rank top eight all-time for most in a single season.  Wootten made a career-high 16 saves in the team’s 1-1 draw at eventual National Champion, Florida State and also had 11 saves in the team’s NCAA Sound Round game vs. Santa Clara.  Sydney finished top-5 all-time in saves (302, 5th), shutouts (24, T3rd) and GAA (1.27, 5th), becoming the first GK to do so sine 1993.  Sydney also excelled in the classroom, racking up the following honors: 2016 ACC Honor Roll, 2017 ACC Honor Roll, 2017 All-ACC Academic Team, and 2018 ACC Honor Roll.

Sydney now works as a Clinical Trial Coordinator for PPD.  In her free time she also teaches classes and provides personal training for clients at Title Boxing Club of Cary. 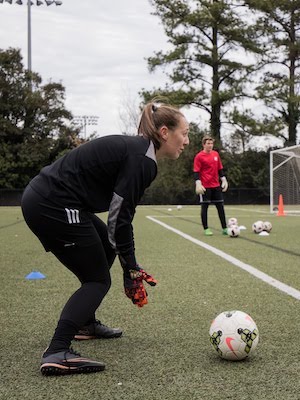 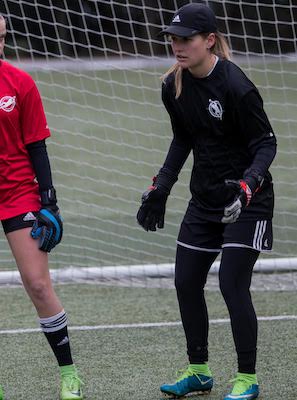